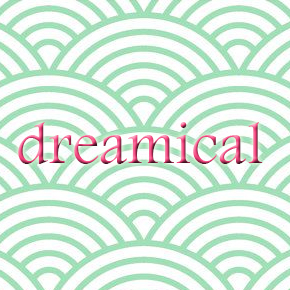 dreamical: when listening to a song, you visually imagine all of the words, sounds, and speed happening in a real life fantastical story. (Sometimes you can be in it, sometimes it is other people, and sometimes it is just nature zooming in and spinning round to the flow of the beat.)

dreamical used in a sentence: I was driving home and heard the most beautiful song that led me to imagine a dreamical about a boy and girl who meet in a bar and fall in love.

noun
a succession of images, thoughts, or emotions passing through the mind during sleep.

noun
set to or accompanied by music :

Also called musical comedy. a play or motion picture in which the story line is interspersed with or developed by songs, dances, and the like.